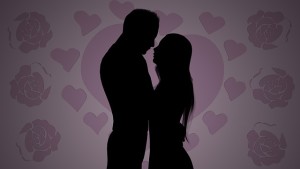 One of the things I have learned in my exploration of dating and using sexual energy as a means to manifest what I want, is that men open through the Power of Touch.

Men can be so closed off to themselves, to God, to their lovers and families. And I think one of the reasons is that they are denied the power of touch. They are, in fact, shamed for their desperate need for touch to open them to their own spirituality.

In fact, I don’t think men are constantly thinking of “sex,” but they are thinking of being touched and loved on, and the only form of touch society has made that acceptable for men to crave has been porn—a shallow form of sexual touch.

Successful women, women who have found successful and loving relationships, have been able to use the power of touch to open their men and get whatever level of commitment or provision they desire from them.

Part of women’s sexual power is to bring light into the world by touching her man, or men in her life. A simple stroke of a neck or thigh will open a man, like a rose opens under the sun. He can’t help himself.

I’ve not met a man yet for whom touch was not one of his primary love languages.
Ladies, touch a man today!

Successful Women and the Sacred Whore

How to Publish Your Book
Scroll to top