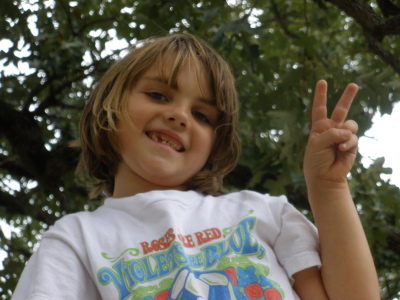 My daughter is as thrilled to wake to a world of Barack Obama even though her friends’ parents tell them that “Obama is a baby-killing Muslim and will likely be killed because he’s black.”

“Abraham Lincoln was killed, John Kennedy was killed, someone tried to kill Ronald Reagan and they were all white men,” I told her. “Every President is at risk.”

“But, what if that happens?”

“Then Joe Biden is a qualified good man who will be our President.”

“You know Barack Obama is half white and half black. He will help us heal our country’s racism,” I continued.

“Yes, he has a white mommy and a black daddy, like our friend Neeny.”

“You know, Obama also has two little girls around your age – Mallia and Sasha. We’ll get to watch them grow up in The White House.”

Today, though my daughter does not see a woman take the highest office in the land as I had hoped, she does get to witness a healing in the nation.

A nation that wants to be in hope and optimism because the oppression of fear was bad for the entire planet’s emotional health.

Smell that? It’s a hopeful future.

We’ve got nothing to complain about and everything be joyful over. It will take hard work and some money to dig ourselves out and recover – but Yes, We Can.

We are now a country where the words, All Men are Created Equal, are no longer hallow.

We are liberated from our tainted and embarrassing racial history.

I’m looking every day for ways to liberate us from our gender inequity as well – for our daughters’ sakes – and for our own.

What Are You Doing Here?Sibling Envy
Scroll to top