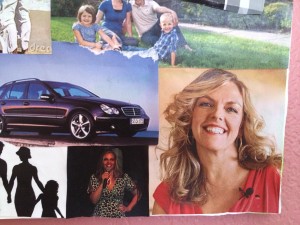 If you don’t feel like you’re getting what you’ve asked for … you’re wrong. You are. That’s just the way it works. You ask … the Universe responds with its magnetic quantum physics pull. It’s not arbitrary, and it’s not a “sometimes this works and sometimes it doesn’t work.”

How can this be?

You’re saying No to what the Universe is offering. Often without even realizing it. See, the Universe doesn’t work linearly. You might not be expecting it to deliver what you’re asking for in the way it’s trying to give it to you. But, the Universe—and your Soul—knows the fastest, easiest way to get there. And sometimes it’s not the way you think.

Would you like to be on my radio show to talk about your business? Yes, but in September when my schedule is open. I have a newsletter to write.

Want to spend the weekend in Cancun studying yoga?  Yoga’s on my dream board but, I really can’t, you know, money.

Want free tickets to this major life-changing workshop about Law of Attraction?  Really, I’d love to because I want to get what I want. But, kids, work, busyness.

Want to go on a date Saturday night? Well, I really want a relationship, but I don’t like to leave my kids with a sitter how bout three weeks from now?

On this year’s dream board I have images of me public speaking. Basically, I want to experience excitement on stage and stop avoiding creating my own speaking opportunities because I’m afraid. I also want to be invited to speak, to share my expertise with new groups of people.

So, the Universe sent me a job applicant. Weird right? She invited me to a one-day seminar on public speaking.

My first thought was that I was hip deep in an energy draining project and time was the last thing I had. 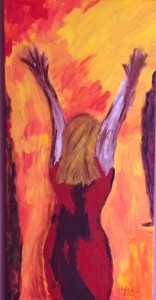 I said YES! to the opportunity. At the workshop I realized that I could learn a lot from Rachael Jayne and Datta Groover at the Authentic Speaker Academy and my Soul told me to buy their package to confront this fear and release it once and for all.

My first thought, of course, was “I can’t afford it, I shouldn’t spend this money.” But, I know through experience that investing in myself when my Soul asks me to pays off. Every time.

I said YES! Right before the three-day conference I wondered if I should even go, because I’ve been in a state of resting this summer after a very busy and emotionally dramatic spring.

I said YES! and went anyway.

While at the conference my attitude was YES! And I got exactly what I intended. I was able to adjust my feelings one degree to the left from Terror to Thrill. When I got there I was nearly sick with stage fright. Still, I jumped up and did every speaking challenge anyway. YES. YES. YES. By the time I delivered my final six-minute speech I had reached Thrill.

Was that worth the time and money I invested in the course? YES! Because it’s going to serve me professionally and personally for the rest of my life.

Did the Universe give me what I asked for? Yes.

Could I have rejected it? Yes.

Also on my Dream Board is a lot of romance! Ooh La La! Half of romance is the energy that I bring to the table. In order to attract the man I want, I need to make myself as ready for a Great Romance as possible, right?

While at the speaking conference I was presented with the opportunity to attend the Art of Feminine Presence Weekend Intensive, which is a great way to ready myself.

But, I’ve already taken the Art of Feminine Presence course three times, what else is there? I’m taking a break from Spiritual Awakening this summer. I really was planning on doing a bunch of other things with my business next week and I hadn’t budgeted for impulsive conference attending.

Which is exactly the type of NO that disallows the Universe from giving you what you have asked for. So I told my whiny ego to Shut the F’ up because Duh, this is an obvious YES!

The dare is this:

Look around your life and identify at least one area where you’ve asked for something—the Universe has offered you a way to get it—but you’ve rejected the offer and said No.

Know Your WANT (Not Your Why): Change My LifeTrue2You
Scroll to top