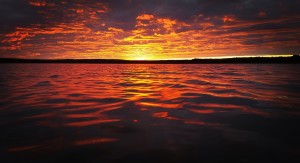 As I was doing my personal healing work and working on overcoming my issues around prosperity, abundance, and my fear of being seen, I heard a story about yes, a bucket of crabs.

There was a successful fisherman who lived in a shack by the sea. Every week he would bring his wife a bucket of crabs. The fisherman’s wife would then turn these into delicious cakes which she would sell at the market. One week, one of the crabs that had been caught overheard the fisherman’s wife talking to the fisherman about how delicious and succulent the crabs looked this week. She delighted that the cakes they would make would fetch an exceptional price at the market.

The crab immediately started trying to climb out of the bucket. He called to his family members who were in the bottom of the bucket to crawl out too, telling them of their impending peril. His family members pulled him back down into the bucket. The crab immediately started crawling back up the bucket, a little slower this time, because he was tired. He called out to his friends who were in the bucket, telling them to start climbing out and warning them of their danger. His friends reached up, working together, and pulled him back in the bucket.

By this time, the fisherman’s wife had a nice pot of water boiling on the stove. The crab was trying, steadily, slowly, to climb his way out. He saw the pot of boiling water from the ledge of the bucket, and called down one last time to his family and friends for them all to work together to climb out of the bucket and go to safety. The crabs started to work together as a team. They all came together…and pulled him back down one. last. time.

You can imagine how the rest of the story goes… If you’re ready to finally get out of the proverbial buckets in your life, then I’d love to talk with you. tracee@traceesioux.com

Why Being Afraid Means You’re Getting Close