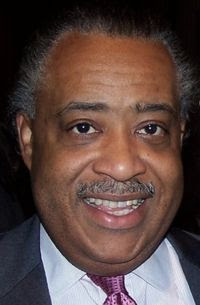 According to the Washington Post article, Protests were held in more than 20 cities over the use of degrading lyrics by the music industry, the Rev. Al Sharpton said.

This was a pro-girl move. If you’ve missed the cultural conversation about misogynistic violent anti-girl rap lyrics it went something like this: White radio jock Don Imus called some African American college basketball players nappy headed hos. This sparked an outrage among African Americans. It also sparked a national conversation about why rappers and hip hop artists can call women hos, bitches, sluts, etc. and not only is it okay, but they make millions of dollars?

Commons took some accountability for the rap community, And we are apologizing for the disrespect that does come from the mouths of men to women.

Diane Weathers, former editor in chief of Essence magazine, said women must stop accepting this kind of behavior, “They have to know that it’s not acceptable if you keep doing this kind of music. The contract is off,” Diane said. “These guys are all really embraced by the mainstream. It has to be unacceptable.”

On BBC News , Russell Simmons said there was “growing public outrage” about the use of the terms, ho, bitch, which he said should be viewed as the same as “extreme curse words”.

He asked broadcasters and record companies to voluntarily remove, bleep or delete the words from music.

The words ‘bitch’ and ‘ho’ are utterly derogatory and disrespectful of the painful, hurtful, misogyny that, in particular, African-American women have experienced in the United States as part of the history of oppression, inequality, and suffering of women, Simmons said.

Don Imus was subsequently fired (though not for the sexism, just the racism).

In the interest of making misogynistic lyrics socially unacceptable I applaud Sharpton for staging 20 news-making, attention focusing protests against misogynistic lyrics. Obviously, the ideal and constitutional right of freedom of speech should be upheld, but women do have the power to stop paying and participating in this type of “art.”

Have you watched the BET videos and listened to the lyrics? They are far more offensive to women than those shown on VH1 or CMT. Blinged up men throwing cash right at the crotch of a barely dressed woman with her legs spread – art? Is this a true depiction of what women actually are? Is this really art reflecting life?

This is not the artistic depiction of reality so much as it is reducing girls and women to objects to be purchased, screwed, abused and then tossed away like yesterday’s garbage. These types of lyrics and videos costs our girls their souls – that’s not harmless.

Young girls believe they should be imitating art like this. I’ve asked several teenagers about how they felt about these types of lyrics they respond (while emulating pole dancing), There is nothing we can do about it. We can’t stop them from calling us hos.

Thank goodness Sharpton, Simmons and others don’t share their sense of powerlessness. I don’t support government censorship – I’m a writer, come on. But, I’m all for market and cultural boycotts by refusing to purchase the CDs, go to the concerts or watch the videos until they show some respect for women and girls.

I also support call for radio stations to bleep the anti-girl words ho, bitch, and slut as they do other “curse words” including asshole, dick and prick. Does anyone else see the gender disparity in what gets bleeped from the radio or on videos and what’s allowed?