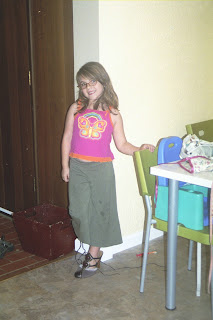 Maybe you’re one of the people who disagree with me politically. Maybe you like the current health care system, don’t have a problem with current employment policy, would love to see Row V. Wade overturned. In other words, maybe you’re a Republican.

Okay, I can respect that. Almost everyone I know and love is a Republican. I grew up Mormon and married a Texan. Very Republican both.

As an advocate for girls let me make the following plea on behalf of your daughter:

Please, please, please speak respectfully of the one and only female candidate ever for President of the United States – Hillary Clinton.

What you say about Hillary Clinton has the potential to translate to your daughters as your opinion of all women (including your daughter) seeking power.

I vividly remember asking my parents what the Equal Rights Amendment was as a child. I remember them telling me that it was a bill to make women equal to men. And they were voting against it.

Here’s how that translated to a six-year-old girl: My parents are voting against ME! Why would they do that?

What you might say instead of I Hate Hillary Clinton! might be, I think a woman would make a wonderful President, I just don’t agree with this particular woman’s political views on health insurance.

It would be helpful, for your daughter, to avoid vague negative statements about Hillary’s suitability as a role model for girls. Instead you could say, I think it’s wonderful that a female has gotten this far in American politics. It’s wonderful that women are becoming more powerful and ambitious. I just don’t agree with her views on abortion or the economy.

It’s Super Tuesday: Take your daughter to vote with you and show her what being empowered in a democracy means.