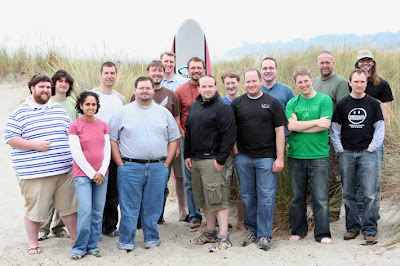 There are very few women in science and technology fields because:

A) Girls can’t do well in math and science subjects.

D) Women just don’t care about math and science – they care about fashion and babies.

E) Teachers, professors and employers don’t understand how they shut girls out and they need some education.

A recent National Academies report, Beyond Bias and Barriers: Fulfilling the Potential of Women in Academic Science and Engineering, found that women repeatedly face biases in academia in the science fields, and that these barriers to success discourage them from careers in these areas. In response to this report, Rep. Eddie Bernice Johnson (D-TX) recently introduced the Gender Bias Elimination Act (H.R. 3514).

Women are capable of contributing more to the nation’s science and engineering research enterprise, but bias and outmoded practices governing academic success impede their progress almost every step of the way, said Donna E. Shalala, president of the University of Miami, former secretary of the U.S. Department of Health and Human Services, and chair of the committee that wrote the report. Fundamental changes in the culture and opportunities at America’s research universities are urgently needed. The United States should enhance its talent pool by making the most of its entire population.

This important piece of legislation directly addresses concerns raised in the National Academies report by authorizing workshops that educate university department chairs, agency program officers, and others on reducing and eliminating gender bias for women in science, technology, engineering, and mathematics (STEM) fields. Under this act, agencies that fund scientific research-like the National Institute of Health and the National Science Foundation-will also be directed to better enforce existing federal anti-discrimination laws (including Title IX), assess the workplace climate, publish demographic and funding data for grant applications, and extend grant support for researchers on leave for caregiving duties.

Declining interest in science and a shortage of American scientists is a threat to American competitiveness on a national scale, problems that are exacerbated by the low numbers of women and girls from STEM fields. The Commission on Professionals in Science and Technology’s report Professional Women and Minorities states that women now comprise 25 percent of the labor force in STEM fields. If women and members of other traditionally underrepresented groups joined the STEM workforce in proportion to their representation in the overall labor force, the shortage of STEM professionals would disappear.

Join the American Association of University Women in supporting, promoting and strengthening STEM education, especially for women and other underrepresented populations in the fields. AAUW believes this legislation remove barriers to success and encourage more women to choose careers in STEM fields.

Be a Two-Minute Activist by following this link to write your legislatures to support this bill.

Our daughters deserve to have all choices open and available to them.