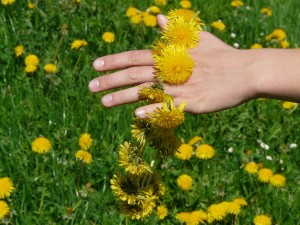 When I was working to consciously call in and manifest My Man, my One, I went through a really amazing period with the Law of Attraction. It’s incredible sometimes how the Universe will bring things to you, but not in the way that you thought you had intended. For those of you who are familiar with the LOA, I think you’ve had these experiences.

I had a client who came to me who had put up a picture of a beautiful home that was the type that she wanted to eventually build for herself. It was a gorgeous picture that she had hung front and center in her board, and the logo of the company that had built the home was in the bottom corner of the picture. A couple of months later, she ended up working for that company. It was a dream job for her, and she had successfully called it in, but it had shown up in a completely different way from what she had expected.

The LOA is an incredible process. The Universe is always listening to us. Always.

I had a client who was working to bring in his One, and had been asking the Universe to bring him someone like one of his past lovers who had been very dear to him. In a short while a beautiful, talented, successful woman showed up. She had many characteristics that were very much like the past love. She even looking strikingly similar, and had similar mannerisms. She also had the same habit of cheating.

Healing Your Addiction To Busy
Scroll to top