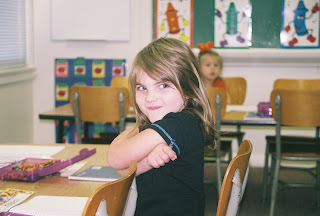 I took my kids out for Chinese food last week as a special end-of-summer treat. I had given my 18-month-old Zack a chop-stick to play with. He was picking up kernels of rice with it and eating them. I was very proud.

The waitress came up and took the chop stick away from him. He will poke himself, don’t let him have this, she chastised me.

People frequently correct my parenting, probably yours too. Some think it’s obscenely bad manners when I let him eat with his hands. Some scold me for allowing him to use a fork because he might scratch the inside of his mouth. Many have lots to say about me letting him feed himself and make such a mess. I’m sure if I fed him with a baby spoon there would be those who felt I was not fostering independence.

I simply nodded and went on with my meal.

You know, you don’t have to obey her, my daughter informed me. Give him back the chop stick.

Ah, my sweet, sweet daughter, a woman after my own heart. She is so right. Right now I’m trying to negotiate the fine line between making a big deal out of everything or just shutting up and doing what I’m told sometimes. The older I get the more I realize no matter what my action, someone is going to have a criticism. I’m just working on the appropriate response.