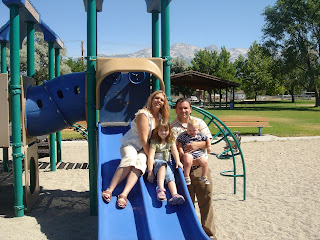 We, my husband and I, are participating in a federally-funded marriage education course designed to keep the family together. Vow, Healthy Marriage Education Initiative is being funded by the Administration for Children and Families and the US Department of Health and Human Services.

Marriage. Where to start. Obviously, marriage and the success or failure of marriage deeply effects the empowerment of girls, well all children really. I’m trying to raise an empowered girl, yet I find it increasingly arduous to model a positive marriage relationship.

My husband and I are one generation removed from Traditional Marriage Stereotypes. Dad equals bread-winner and decision-maker, wife equals care-giver and house-keeper.

As a culture, we’re reinventing marriage and the roles wives and husbands play. In theory, my husband and I agree, but theory only gets you so far. It’s the actual division of labor, outside-the-home and inside-the-home, we get hung up on a lot. Not only have neither of us seen the new husband/wife relationship modeled by parents, but our siblings and other familial and religious influences remain pretty traditional.

I would be ashamed to admit that we find marriage such a struggle if the statistical evidence that we’re not alone were not so overwhelming.

Half of marriages end in divorce. 50%. FIFTY PERCENT. Half!

Women who get divorced are more likely to live in poverty, retire homeless, commit suicide or become ill. Men who divorce are less likely to have good relationships with their children. Their ex-wives and children are more likely to need financial assistance from the government.

Finally, the federal government has decided to get to the core of the problem and help families find a way to be happier together than apart. This is a virtual standing ovation – APPLAUSE!!

The program is in a research phase where 225 pocket areas with high rates of divorce have been given $118,644,219 in grant money to determine if this kind of marriage education program will be effective.

The 6-12 week program focuses on what each person in the relationship brings to the marriage by way of baggage, if you will. There is an examination of assumptions, beliefs and world-views of both marriage partners to identify some of the root problems.

Once the core issues have been identified there’s a rapid move toward conflict resolution. Couples are given practical skills and tools to determine how to compromise and enjoy their marriages.

Key points that make me hopeful about Vow’s success are:

* The research and foundation for the Vow program is designed around research of HAPPY couples with long marriages. No one wants to be married for 50 years if it’s 45 years of pain and struggle. Better a divorce than that. But, wouldn’t it be nice if everyone had the secret recipe for how to be happily married for 50 years?
* The program is a mix of secular and faith-based education, meaning it is designed to help couples navigate their faith issues and come to suitable compromises if they come from different religious backgrounds. It does not promote any one religious belief system, but takes the couple’s religious training and desires into account. Churches in Vow communities are encouraged to back up the program and provide support.
* It analyzes pre-conceived gender-roles each partner brings to the marriage, and addresses how that’s effecting the division of labor in the family. Working women are still doing 75% of the child-care and house-work. Not to mention the addition of part-time or work-at-home or home-school mothering situations that often don’t even get “counted” when we’re talking about “working moms”. That itself could explain the high divorce rate. Women feel tired and undervalued. Men feel misplaced and unneeded.
* Financial advisers, with no commission motive, are provided for every participating couple. Around 70% of divorces, they say, are over money. Husbands and wives care about money. Enough to get divorced over.
* Every stage of marriage is accounted for. Dating, engaged, married, separated, living together, common-law marriage and every transitional period from new babies to retirement. Even happily married couples who lost the spark or got a bored are encouraged to participate in Vow.
* Lots of focus is put on the role and importance of responsible fatherhood. Perhaps feminism and women’s role in the workplace cost father’s something and perhaps they’re feeling undervalued. Vow addresses the issue of deadbeat and disappearing dads as well.

As I sat listening to the counselor describe how Vow was even going to pay for a couple’s retreat, I felt this great sense of relief. A lump in my throat gathered and I blinked back tears – We don’t want a divorce. We just don’t know how to have a great marriage.

The overwhelming response to the Vow billboards in my town echo my thoughts. Families want to stay together, we just don’t know how. Change is hard, it’s difficult to adjust to new roles and definitions in relationships. It’s not easy to reinvent the meaning of wife or husband or mother or father or family. These are not roles and identifiers we want to lose, but they’re shifting into undefined territory.

No success in life can compensate for failure in the home. That’s the foundation for the Mormon belief system that I grew up with. I’m profoundly grateful that America is putting some money behind the words “Family Values” and helping American couples redefine marriage.
Find out if a Vow program is near you here.