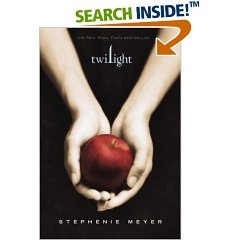 I just read, True Love Waits, by Donna Freitas in the Wall Street Journal, an editorial about the Twilight

She made some good points about the Twilight Series and the sex involved. I’ve read the first one and though no one “does it” the book is hot with anticipation.

Freitas argues that this book encourages girls to be abstinent and helps them understand they can have fulfilling romantic relationships while demanding respect from boys.

It’s a compelling argument. In theory, it’s one I’d like to hop on board with.

Except that it doesn’t account for the language in the book that struck me as exactly the same dialogue we hear from battered women and victims of teen relationship violence.

Not a small problem when you consider that around 20% of our teens have experienced teen dating violence.

“He couldn’t help it,” is what Stephanie Meyers argues is an acceptable reason for Edward to want to kill and harm Bella, the heroine. It’s not just acceptable, it’s romantic.

Battered women and codependent women (women in relationships with addicts) use this excuse in real life, as a “valid reason” to stay and take more abuse from someone who declares his “love” for her and his simultaneous inability to treat her with respect.

The question is – Is it valid?

The reason they don’t “do it” in the first Twilight book – is that he’s godlike strength “would crush her fragile, delicate, vulnerable body.”

Oh, and his vampire instinct makes him literally want to kill her. He wants to so bad that he can barely touch her. The smell of her makes him think “lunch,” the same way I feel jerks who catcall think of us – “lunch – meant for my consumption.”

Meyers pretends Bella has power over Edward because he claims that being near her drives him out of control (wanting to kill her) that he can barely contain himself. But, existing in a pretty state and smelling good is a pretty passive power.

Yeah, of battered woman syndrome – not of true love.

This is not the language I want to use to make my daughter demand respect and maintain abstinence.

This is the language that makes victims of girls and women. It makes them believe that being a victim is romantic. In real life it’s not at all romantic.

It’s a distortion of love – not True Love.

A man who expects me to not to violate my own sense of self-preservation to win his love actually loves me. We need to stop being confused about that.

If I have to give up my self, my abilities, my life, my safety, my sense self-preservation to be with him – that is most definitely NOT true love. Those are all red flags.

You know another connotation of the word Twilight is a distancing from feelings surrounding reality – they used to put birthing mothers into a semi-coma called Twilight Sleep. This way they could participate in the labor, but without awareness or feeling.

Not my idea of healthy love.

I had to learn these lessons the hard way. God willing my daughter won’t have to.

Should most of the issues in this series, or any of the red flag language, come up for Ainsley I hope her first and only instinct is to RUN FOR HER LIFE AND NEVER LOOK BACK.

I, quite ironically, am wishing Edward the Vampire Boyfriend was mine. I have a rare genetic condition called Hemochromatosis. Basically, my body doesn’t get rid of iron as it should. Iron is poisonous, especially in the liver where it sits in my body. The only treatment is for me to be bled.

I really need one pint of blood removed from my body every week for the next while. Hot and passionate Edward would be a lot more fun then the phlebotomist at the lab. My husband, he’s pretty great with the dishes – but, he hardly ever offers to suck my blood. And unlike, Bella, that would really be an asset in a mate for me.

For more in-depth reading about how using romantic language and imagery really turns into violence against girls and women read these:

Battered Woman, Do Not Stay

How Falling In Love is Addictive