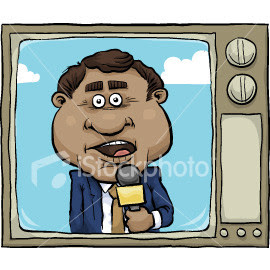 Ten years ago I had the privilege of living in Lithuania for half a year. I was teaching English at a teacher’s college. They were a very young democracy having attained their status only after the collapse of the Soviet Union.

One day I saw an image of a dead bloody pregnant woman on television news and the cover of the newspapers. The image was graphic and offensive to me.

I asked my students why they had such graphic images on their news programs and in the newspaper. After some discussion it was apparent that freedom of speech was such a new experience for them that they hadn’t developed any boundaries about it.

Americans would not put up with witnessing the gory details of that kind of violence I told them. It’s not appropriate for children to see such horrific murders in graphic detail. We expect our news stations and newspapers to censor with good judgement.

I was wrong. Well, I think it was true at the time, but in the last 10 years it seems the news is not adhering to what I would call “self-censorship with good judgement.”

At the risk of betraying my profession as a journalist, I’m encouraging parents to institute a news ban. The news is unfit for human consumption.

We grew up in a culture where you could and should watch the news. But, the news now has such graphic details, I consider it more harmful to people’s mental health than a rated R movie.

Where 10 years ago you might have heard of a child abduction case, now you hear every detail of all of the torture the poor child went through.

Do such details make us safer?

Does it bring us a sense of power and well-being?

On what planet should your 5 year old be subjected to the graphic details of a sociopath’s actions?

If you’re feeling more afraid now than ever, I propose it’s because you’re watching too much news and you’re inundated with too many graphic details. That is not good for your mental health.

Crime is down – fear is up. Reduce fear by banning the news.