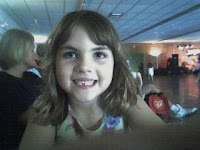 When is too early to “womanize” a girl?

On Jezabel.com there is a story, with some great editorial comments, about a new line of make-up being marketed to girls ages 6 to 9.

“Encouraged by sales of its makeup collaboration with MAC Cosmetics (left) Mattel is partnering with Bonne Bell to launch a Barbie-branded, “girl savvy” cosmetics line “aimed at girls 6 to 9″”

Then in Business Week we have this story:

Little girls aren’t just playing princess these days. Increasingly, they’re being royally pampered at spas aimed at the 5-to-12 set. Sweet & Sassy in Southlake , Tex. , expects to add 16 shops to its current 15 by yearend, growing to 82 by 2010. Boise ( Idaho )-based Monkey Dooz plans to go from 6 locations to 21 this year. And Saks-owned Club Libby Lu, with 90 outlets, expects to add up to 15 annually over the next five years. In 2006, Saks reported Libby Lu sales of $53 million, up 13% from 2005.In pastel rooms lined with cartoon characters, Monkey Dooz offers a $35 Tutti Frutti Manicure and Chocolate Pedicure. At birthday parties–big in the tween spa business–guests at Sweet & Sassy can opt for a mini-facial or a “sassy up-do” hairstyle. In the age of Britney, Lindsay, and Paris, do the spas send girls the wrong signal? “A 9-year-old does not need makeup or a pedicure,” says psychologist Irene Kassorla. “The message is, ‘Lie back and do nothing, and we’ll make you feel good.’ It’s just inappropriate.” The spas say their services are harmless. “It’s not about growing up too fast,” says Sweet & Sassy CEO Dixie-Drake Davis. “We wouldn’t do eyebrow waxing or highlights or anything that would keep a child from being a child.” By Louise Lee
http://www.businessweek.com/magazine/content/07_27/c4041003.htm?chan=search

There are so many things wrong with this picture. Not the least of which is that these companies believe our girls are for sale.

Do you let your daughter play dress-up and smear blue eyeshadow and red lipstick all over her face? Maybe you’ve even put a set of play make-up under the tree to keep her out of your good stuff? Do you paint her nails a bubble-gum pink or maybe some polish with stars and sparkles in it?

Sure, why wouldn’t you? It’s fun to play “grown-up pretty.” Make-up is fun, going to the spa does feel really good? Is it terrible and awful to bond with your daughter over a simple manicure for a special mother-daughter day? I can see that in my future with Ainsley. And there wouldn’t be anything hugely detrimental about it. I’ve even considered throwing a big “spa party” at this local place that has all the dress-up clothes and make-up and stuff for a “tea party.”

But, that’s fun and games. That’s just playing. Play is healthy. Bonding with your daughter over make-up and nail polish is healthy, as long as it stays age-appropriate.

When does it cross the line? When the business model for marketing spa treatments to six-year-olds includes 268 outlets to market beauty services directly to them. When we’re talking about mega-corporations putting $53 million in their fat pockets. When real companies like Mac Cosmetics starts rolling out real make-up lines with the intention of making 6 to 9 year olds believe they need make-up.

Girls in their target market (picture a bulls-eye) are children. They can’t deconstruct advertising. While these companies think it’s fair game to commando market to our little girls it comes at a cost. The cost isn’t the $35 for the Tutti-Fruity mani–pedi, it’s the self-image and self-esteem of America’s little girls. The cost is in allowing companies like these to make millions of dollars by making our little girls feel not pretty enough. When our beautiful little girls feel like they need to wear make-up in elementary school it’s enough already over the line. When the company spokesperson says they wouldn’t give a little girl an eyebrow wax I think she’s lying. I think, not only would they do it, they would make her believe she needed it.

There is a serious self-worth issue in little girl culture today. Already, 42% of 1st-3rd grade girls want to be thinner., and 81% of 10-year-olds are afraid of being fat, according to the Dove Campaign for Real Beauty White Paper. These negative feelings about appearance result in serious health issues for our little girls like eating disorders, unsafe sexual behavior to fill the hole in their souls, drugs, alcohol and suicides. Forget $35, the real cost is the feeling of being and looking “good enough” or “pretty.”

she writes that girls maintain their confidence through elementary school. In part because they haven’t been thoroughly genderized yet by having to “womanize” themselves. They participate in and can hold their own at math, science and athletics against the equally matched boys. She paints a picture of the years between 5-11 or so as being wonderfully free of being sexualized or “womanized.”

We’re selling that wonderful part of girlhood to Mac cosmetics and Saks’ line of girl-spas? Yeah, if we let our girls get sucked in by their advertising and buy them the new line of make-up or take them to these spas – I think we are. I think millions of mothers, because let’s not forget they will market aggressively to the mothers, will blindly buy the make-up gift set and put it under the tree or throw the big spa party for the 6th birthday and never realize just what they are buying. Or selling. The soul of their little girl. The child part of being a girl. The unsexualized, unwomanized part of being a girl. The pretty just as you are part.

When your daughter responds to the commando advertising, and she will, be kind enough to her to say, No. You are so beautiful exactly as you are, you don’t need a bit of make-up.
More posts on Dove’s Campaign for Real Beauty
Beauty & Reality
Self-Loathing Sin Bank
More posts on hair:
Pink Hair Fiasco
Pink Hair Fiasco Take 2
Curl Maintenance
The Meaning of Hair