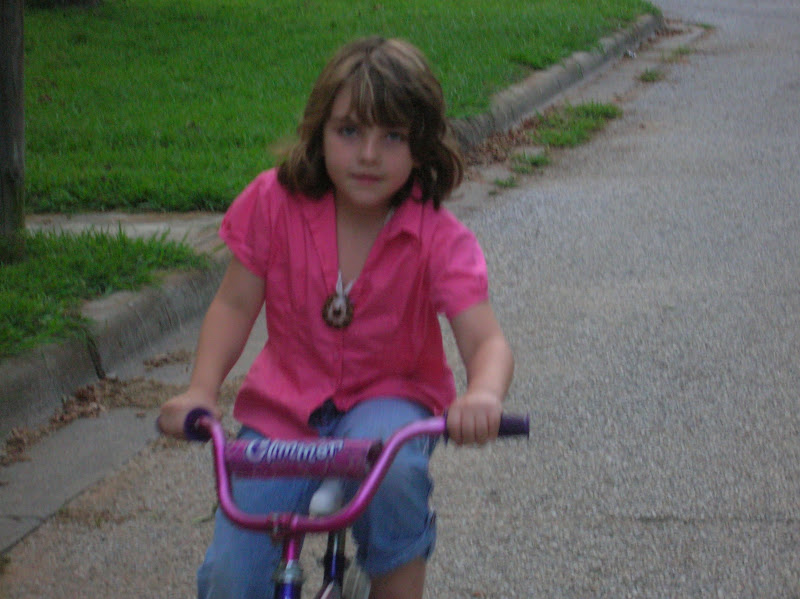 Ainsley was my hero on Saturday night.

So, I’ll tell you about our really cool $33 birthday party for Ainsley tomorrow.

Jeremy was out and I was having a snugglefest and popcorn night on the couch with the kids. Pure bliss. We had just watched a reptile show on PBS and Zack was drowsy in my arms and I was carrying him to bed.

Is that a belt? A black rope? A scarf? An electrical cord?

I ran to the other side of my Thank God it’s 30 feet long living room! And Ainsley ran over to join me on top of a green vinyl wagon wheel chair in the corner.

Let’s get out of here, Ainsley said.

Okay. Wait. If we leave we won’t know where it is. I have to watch it or there will be a lose snake in the house.

Where’s my phone? I don’t know where my phone is.

What are we going to do?

Go across the street and get that guy to come and kill it.

I don’t know him. It’s dark. I’m scared to go knock on his door. What will I say? Can’t I go to Victoria’s and get her dad?

OK. Go to Victoria’s. Ask him to come kill it. The hoe is in the garage, I can’t go get it. Tell him to bring a hoe.

And in her nightgown, in the dead of night, Ainsley hopped on her bike and rode as fast as she could down the block.

There’s a snake in our house! Get your dad to come kill it! she screamed over sobs.

As he hacked away at the black snake – which was fighting back and striking at his ankles – I fought back my own hysteria to calm my 7-year-old daughter down.

We’re okay, Ainsley. I want you to look in my eyes and take a deep breath. In two- three. Out – two – three.

Finally, the head of the snake snapped and the body of it writhed separately. Yes, it lived briefly after it was decapitated. My neighbor was kind enough to take it with him.

Thank you so much kind neighbor for killing the snake in my house. Ainsley’s been calling him our “savior.”

All of us huddled fearfully in my bed.

I had to take 3 sleeping pills and had one of those dreams where you’re screaming and no one can hear you. I jerked awake every time one of the kids touched me.

Ainsley’s my hero. She thought out loud and problem solved and kept her cool while she went and got help. She was even able to sleep.