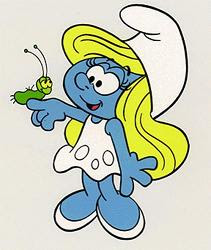 The Geena Davis Institute on Gender in Media works with entertainment creators and companies, educates the next generation of content-creators, and informs the public about the need to increase the number of girls and women in media aimed at kids and to reduce stereotyping of both males and females.

From the website: Three years ago, while watching children’s television programs and videos with her then 2-year old daughter, Academy Award winner Geena Davis noticed a remarkable imbalance in the ratio of male to female characters. From that small starting point, Davis went on to raise funds for the largest research project ever undertaken on gender in children’s entertainment (resulting in 4 discrete studies, including one on children’s television).

The research showed that in the top-grossing G-rated films from 1990-2005, there were three male characters for every one female – a statistic that did not improve over time.

The concern was clear:

What message does this send to young children?

According to the study released this month: Not only were there fewer females, but the nature in which the females were depicted was questionable. They were either objectified and sexualized or portrayed as extremely traditional.

At the Institute’s recent conference in January it was noted that such hypersexualization of children’s characters contributes to low self esteem, poor body image and eating disorders in children.
For more detailed information you can read An Analysis of Popular Films and TV.

According to the report: In fact, research on television reveals that the participation of women writers and producers increases the percentage of females on screen.

What can You do? The Institute is having a contest called “I Want to See Jane!” The Geena Davis Institute on Gender in Media doesn’t want any Jane to grow up believing she is only worthy of sidekick status. That’s where our I Want to See Jane Campaign for girls and women comes in. YOU can be involved by spreading the word and telling your story, and your story could end up in the first GDIGM documentary!

It’s easy! Just tape yourself talking about the female character who meant the most to you when you were growing up.

1943 Guide to Hiring WomenScience of Happiness
Scroll to top