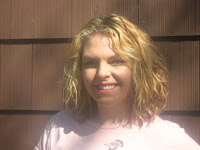 Abstinence Only Sex Education, the news has recently come out, has been a complete and utter failure.

Why? Because though we’ve poured $1 billion into these programs kids kept having sex.

Turns out not educating children about prevention against sexually transmitted diseases has translated into an STD epidemic leaving one out of every 4 American teenagers infected, according to the Center for Disease Control. That’s 3.2 million girls. Nearly half (48% of all African American girls are infected, compared to 20% of white young women.

That’s a big huge consequence for not properly educating them about disease and pregnancy prevention.

These teenagers, 25% of all girls, are now at risk for cervical cancer, Cesarean section to avoid transmission during the birth of a baby, transmitting herpes or HPV to future marital partners, infertility, self esteem and self worth issues, blindness, and death.

The numbers of teen pregnancy did not decrease during our abstinence-only experiment either.

Because we didn’t want to tell them about condoms?

Who is ignorant in this picture? Them for not knowing due to innocence or us for being too afraid to educate them about prevention?

As parents we have to grow some guts to challenge the flawed-logic of generations past. No one wants their kid to have sex. No one thinks teenagers should be sexually active. But, the reality is that it’s not our decision. We can influence their decision by talking about sex as much as possible, leaving an open door for dialogue about sexuality and its consequences, we can even brain wash them with a strong expectation of abstinence as the very best and safest way for them to mature. I’m highly in favor of all that.

But, ultimately, we have to face the fact that it’s a choice we, as parents, have limited control over. We should love them enough, however, to arm them with enough prevention education that we minimize the permanent consequences should they choose to have sex anyway. It’s evident that they are.

There should be 5 goals in sex education in public schools in America.

1. Encourage abstinence as the safest route.
2. Prevent pregnancy.
3. Prevent contraction and spread of STDs.
4. Educating girls about the biological facts of their own bodies. (By avoiding sex education we’ve also left girls ignorant of their own human biology of which they have a right to know.)
5. Educate both girls and boys about sexual assault, date rape, sexual harassment and coercion tactics. We must arm girls with enough knowledge and tactics to demand respect. We must also educate boys about what is offensive and what will not be tolerated in their behavior toward their girl counter-parts. We should at least try to reduce the number of rapists and woman beaters in our society. Studies show that males develop this type of behavior in their youth and continue to escalate during adulthood.

Up before congress is a Prevention First Act (S.21/H.R. 819) which would expand access to contraception and preventative health care services that help reduce unplanned pregnancies, abortions, and the spread of sexually transmitted diseases while improving access to women’s health care. It would also provide a federal funding stream for comprehensive sex education in schools. Currently, there are three separate federal programs that fund abstinence-only-until-marriage programs, but no federal funding exists specifically for comprehensive sex education. States can only receive funding if they agree to teach abstinence-only-until-marriage while excluding information about the health benefits of contraception to prevent pregnancy and sexually transmitted diseases. The Prevention First Act includes a comprehensive approach to sex education – age appropriate education that promotes abstinence but includes information about contraception.

It’s morally wrong to keep putting our girls at risk by not arming them with an expansive education that relates to the issues they face today. We should not pour another single penny into Abstinence Only programs that have failed our girls.

Take action right now by following the Two Minute Activist link at the American Association of University Women encouraging the representatives that work for us to require schools to incorporate comprehensive and effective sex education.

See the press release issued by the Center of Disease Control on March 11.