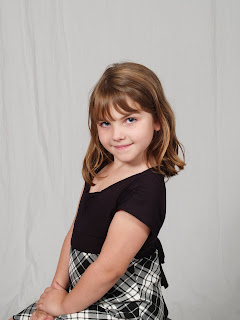 I find myself in a mothering predicament concerning the body weight and body image of my 5-year-old daughter.

My goal as a parent has always been to give my daughter a healthy body image. Make her feel like her body is exactly right, just as God gave it to her. Something to be taken care of, but not something to be obsessed about. At the same time, I didn’t want to be burdened with a fickle eater. In other words, she eats what I make.

Last October the pediatrician told me Ainsley was in the “red zone” for her BMI. My goal, she said, was to keep her the same weight until the next October.

The “red zone” sounded dangerous and a lot like being overweight to me. While, she doesn’t seem chubby or fat to my eyes, I don’t like the sound of that at all. I just took her to the doctor for something unrelated and she has gained 3 pounds over the last 9 months, which alarms me.

I did some research and this is how the “red zone” is being explained by the Centers for Disease Control and Prevention,

“Based on the height and weight entered, the BMI is 18.6, placing the BMI-for-age at the 94th percentile for girls aged 5 years 9 months. This child is at risk of becoming overweight.

Although not overweight right now, this child has the potential for becoming overweight so prevention of excess weight gain is important. Children and teens should NOT be placed on a weight reduction diet without the consultation of a health care provider.”

It seems difficult for me, as a mother, to determine exactly what action I should take about this. I admit to having been judgmental about mothers who refuse to allow their children sugar or sodas at birthday parties. The sugar-Nazi mom always seemed to me over-controlling and over-anxious about every little thing their children put in their mouths. Of course, their children are probably not in the BMI “red zone.” Mine is. So, now I feel bad about being judgmental about snack zealousness. I’m sorry.

Surely no one would believe that a child who loves, and I do mean loves, vegetables and fruit over anything else would be in the “red zone.” I have the type of child who begs me for the giant bag of baby spinach and profusely thanks me for the frozen fruit and carrot sticks in the grocery cart. I’m not kidding. She knows what is healthy. She chooses healthy food for most snacks. We go through a buffet line and she fills her plate with veggies and fruits. I buy the “healthier” snacks like baked chips and nuts and fruit and say “no” at least half the time to her requests. I don’t even buy juice to encourage more water drinking.

She’s also not a huge television watcher. I admit that she’s probably more sedentary than she should be. She enjoys academic kinds of fun, reading and writing and doing math puzzles. Seriously.

There is also only so much exercise to be had as a kid in America these days. Only irresponsible parents allow their kids to run around the neighborhood anymore, now that the neighborhoods are full of child molesters. (At least my neighborhood is, I looked it up on the National Sex Offender Registry) She’s pretty much limited to the front yard and her only sibling is a baby who isn’t allowed out of the house at all. She has no one to play with. Kids’ sports and activities are expensive and time consuming. She’s in soccer, but it’s the off season. I try to take her to the pool and around the track at the gym (insurance won’t allow her on the actual equipment) but it’s very frustrating for me to waste my exercise time while she goofs off. I keep writing letters asking the gym to incorporate children’s exercise so they don’t sit there watching videos while I exercise. They finally did an exercise camp, but charged an extra $50. I already pay them $70 for a “family membership,” just how much of my disposable income am I supposed to dedicate to the exercise of this family?

I do find myself struggling with an antiquated food ideology too. We regularly tell her to “finish your food,” or “stop goofing off and sit down and eat.” Mainly because you can’t imagine how annoying it is to hear complaints of “I’m hungry” every half hour. I really need to learn to say, “too bad.” Then I feel like a total hypocrite for snacking down on some baked chips or a small square of dark chocolate and not sharing.

There are a million reasons for not wanting your child to be overweight, not the least of which is this study in Radiancemagazine.com: In a study done with six-year-old children, they were shown silhouettes of different people, then asked to talk about them. The children consistently labeled a silhouette of a fat child as stupid, dirty, lazy, slow, etc., regardless of the body size of the child identified in the picture.” The same study provided evidence that teachers and other adults feel exactly the same way about overweight children.

The same article on MSNBC.com sites this: Study statistics are startling. According to BodyImageHealth.org, almost half of normal-weight third- to sixth-grade girls say they want to be thinner; a third have already restricted their eating to lose weight, and 78 percent say they are very afraid of becoming fat. How children view themselves is strongly influenced by parental body image, and often this is set by the age of six.

I must point out the connection here. Technically, my daughter is still in the NORMAL weight category. Yet, I’ve been warned by the pediatrician that I need to watch her weight and she’s been put in an alarming sounding “red zone.” No one is ever in a good place, an okay place, or a healthy place if they are in the “red zone.” Why would you put such a dramatic color to something that is probably no big deal. Yellow would be a more appropriate color, or maybe a lovely orange. Almost alarming, but not quite. It seems logical that if the pediatrician persists in putting her in the “red zone” through the third-grade that she will pick up on my (given to me by the pediatrician) anxiety about her body weight and my monitoring of her food and activity and feel like she should be thinner. Of course she’s going to be “very afraid of becoming fat.”

After giving the issue a lot of thought I’m going to keep doing what I’m doing. I’ll make a few changes to her activity level, no reading until she’s run around the house at least three times. I’ve got to put my foot down somewhere or she’ll be loathed by the other children and teachers.

Seriously, it’s important to keep in mind that the “red zone” is still normal. There’s nothing necessarily “wrong” with being on the larger side of being a normal child. I blame this on over correction of the child obesity problem. The medical profession is rightly concerned that so many children really are at an all time high for unhealthy weight. They are trying to prevent my daughter from actually having an issue by giving me a red flag “look out, potential problems ahead.”

But, using words like lose weight, watching your weight, too big, chubby, fat, and all other size-conscious words would be a huge mistake. There is potential to turn a minor potential issue into a major problem of body image.

I’ll heed their warning by sucking it up and sharing my expensive diet foods. I’ll say “no” to 75% of her snack requests rather than just half of them. My husband and I
will stop insisting that she “finish eating what’s on her plate” (Seriously, come on, it’s hard not to parrot the advice our parents gave us). I’ll suck it up and pay for a few more exercise camps to tide us over until soccer season starts. Maybe I’ll get my bike fixed and take her on a bike ride once a week. I’ll take time away from work to take her to the pool several times a week.