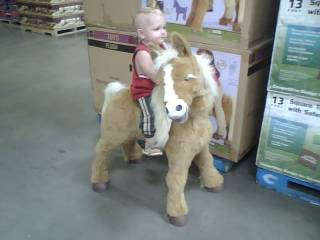 Guess whose name is not on Zack’s birth certificate?

In New York, after Ainsley’s birth, when I filled out the form I noticed there was only one blank for Mother’s Maiden Name, so I had the presence of mind to put my current legal name in the blank. (If you’ll recall I legally changed my name to Sioux after a brief early marriage ended.)

I was sent a form inviting me to correct any mistakes and only my birth name appeared. No where on the document was my current legal name. I corrected the mistake, writing my current name in the maiden name field, and sent it back.

The hospital refused to make the correction. When I spoke to a records lady, I mentioned that perhaps the form was misleading and outdated, she became so angry that she slammed down the phone.

I have to appeal to our state capitol to have the name changed on my son’s birth certificate now. Which involves filing court documents and getting forms witnessed and paying a fee.

I’m still not to the point where I can deal with it without anger. So, it doesn’t seem unlikely that he will turn 2 without having an accurate mother’s name on his birth certificate.

Surely, in this day and age, I am not the only mother who’s upset about the way her identity on her children’s birth certificate is documented?

The assumption of anyone looking at it is that my current name is that of my husband’s and children’s. I’m not judging anyone whose legal name is one shared with a husband, but that’s just not my name.