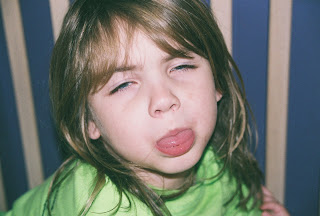 By Tracee Sioux
Obey.
Don’t argue.
This is not negotiable.
Just do what you’re supposed to to.
Quit complaining about it.
I catch myself telling my daughter this kind of stuff all day long. While we’re teaching daughters to be good girls are we costing them future professional success?
According to an article By Shankar Vedantam of WashingtonPost.com on MSNBC.com we’re giving girls the impression that to negotiate for a better salary is simply not nice.
Some Ivy League experts suggest the reason professional women are making 23% less than male professionals is because women do not negotiate their pay or ask for more professional opportunities. Even when told negotiating would be rewarded, only 58% of women did it in one study.
For good reason. Another study suggests that the interviewers and bosses have a real negative perception of women who negotiate and are less likely to hire or promote them. Women, it seems, rely on intuition and other factors – such as the gender of the interviewer – when gauging whether asking for a raise will be perceived negatively or positively. Men, according to all the studies in this article, were less likely to want to work with a woman who had asked for a raise, while they don’t mind when men asked for more.
Next time your daughter argues back consider giving a response that might help her better her assertive negotiating skills.
I like the way your thinking.
What you’re saying makes a lot of sense.
Perhaps we should reconsider that rule.
Maybe we should raise your allowance.
Would the world collapse if girls were given positive reinforcement for negotiating or would they simply be willing to take more risks, be more assertive with future authority figures and make more money as adults? Not just a tiny bit more, but over $300,000 is the current the estimate of what a lifetime of “accepting what is offered” costs female professionals. And those are the women who never took time off to have children.
As parents of millennial daughters we have a responsibility to prepare them for the world they will be entering, not the one we wish they were entering.
In that world they will be best served if they have some negotiation skills and feel empowered to insist on what they need. Perhaps then we should put less focus on being nice and more focus on being assertive. While we’re at it we might suggest to our sons that it’s okay for girls to ask for what they need.
Read the original article for more details on the studies.
https://traceesioux.com/wp-content/uploads/2016/02/SignatureTraceeSiouxLolo-300x65.png 0 0 Tracee https://traceesioux.com/wp-content/uploads/2016/02/SignatureTraceeSiouxLolo-300x65.png Tracee2007-08-02 12:49:002007-08-02 12:49:00Arguing = Better Pay
4 replies