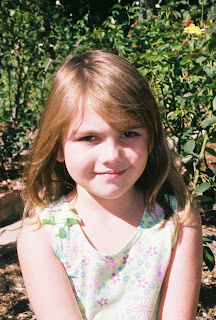 The American Psychological Association has published a Report of the APA Task force on the Sexualization of Girls.

This 74-page report should be required reading for every mother, mentor, and educator. It contains a multitude of studies and evidence that girls are being negatively effected by being inundated with images and innuendos in all facets of culture that sexuality them.

* Valued for sexuality rather than other characteristics.

* Being objectified, made into a thing to be used for someone else’s sexual use versus rather than being seen as a person with the capacity for independent action and decision making.

* Sexuality is inappropriately imposed on a person.

Ample evidence suggests that sexualization has negative effects in a variety of domains, including cognitive functioning, physical and mental health, sexuality and attitudes and beliefs, the report states.

* Cognitive and physical functioning. Perhaps the most insidious consequence of self-objectification is that it fragments consciousness. Chronic attention to physical appearance leaves fewer cognitive resources available for other mental and physical activities. One study had girls unable to do well on a math test if wearing a swimsuit versus a sweater. The boys were unaffected by their attire.

* Sexualization and objectification undermine comfort with one’s own body leading to feelings of shame, anxiety and even self-disgust. Vigilant monitoring of clothing or appearance leads to increased shame about one’s body.

* Frequent exposure to cultural beauty ideals in the media has been shown to be associated with poor mental health including eating disorders, depression and low self-esteem.

* Studies show a link between sexualization and physical health. Girls who reported feeling negatively about their bodies were more likely to smoke and less likely to participate in sports or athletic activities.

* Comprehensive sex education in a human biology sense arms girls with the facts about their biological sexuality.

* Participation in athletics and extracurricular activities not of a sexual nature. Athletics that focus on strength and competence increase self esteem.

* Girl-centered groups and activities such as mentoring, Girl Scouts, and girl-related after school programs.

* Educating girls about how images in the media are produced and the profit motives behind advertising campaigns.

As a parent, mentor, woman, and journalist I find the findings of this paper to be consistent with what I’m seeing in girls and women.

Culture has meaning, the toys and clothes we allow our children to wear carry significance, the media they are exposed to has consequences. The statistical evidence suggests that perhaps we, as parents, are not taking it seriously enough.

It is my belief, and this is supported by the APA’s report, that mothers are in the best and most appropriate position to impact a girl’s self worth and to encourage a healthy sexuality. It’s difficult to combat an entire culture with media images of sexuality, most of it inappropriate and disrespectful towards girls and women, invading nearly every facet of day-to-day-life.

It’s difficult to draw the line and tune into warning signals our girls give us. My goal, and forgive me if I’m a fallible mother who finds the cultural and beauty myths difficult to interpret myself, is to give mothers a place where they can come and get a perspective that’s a little different from the mainstream. Give mothers a place to sound off about cultural sexualization and how that’s influencing their daughters. I intend to provide some tools to help mothers communicate with their daughters about sensitive issues.

It is our job, as parents, to interpret culture for our daughters.