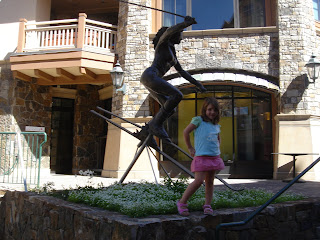 My daughter was reciting all the things about “A” she had learned her first week in Kindergarten.

A is for alligator, apple tree, astronaut, Ainsley.

Then she handed the phone back to me.

Well, when she was reciting all the things that start with A, I refrained from listing Asshole.

Well, thanks for showing some restraint Mom, I said. Sometimes I don’t even know who you are. When I was a kid I would have sworn you would never, ever say the word Asshole. Let alone be tempted to say it to a five-year-old.

I would have sworn the same thing. Then I had you.

You mean parenting a child like myself in particular, or the experience of mothering in general?

It was parenting you. When you have a kid like you and you start defending them to people, you don’t realize how many assholes there are in the world. The world is pretty full of assholes.

I’ve learned more things about things I never, ever wanted to know about or understand being your mother. Well, and Larry’s wife. The two of you. I was so naive. I’ve really had to grow and learn being married to him and mothering you. You two are my trials to endure. You’re the people in my life that force me to grow.

My poor mother. She’d have chosen a life of rule following, respecting authority and blending in.

Then she had me and I would have none of it – straight from the go. Challenging authority, questioning the status quo, getting into trouble, experimenting with addiction, using my voice loudly and publicly, forever going against the grain.

She did defend me too. I remember she took on the vice-principal of my junior high when I kicked out a window at school. I went right to him and confessed and offered to pay for it. I kicked it, but was surprised it had broken. My intention wasn’t to vandalize. The principal expelled me for the rest of the year and she fought that. But, you know what she would have chosen for herself? That I was not the type of kid to kick anything. That I would have just nicely and politely gone to class.

I put my mother through hell. People always make vague comments about myself to me. My grandmother recently wrote, You always have marched to a different drummer.

I never do know what they really mean. I always choose to take it as a compliment. But, I’m vague about how people really perceive me. I never quite understand how exactly I’m so different. Occasionally I’ll struggle against it, my nature, but it’s futile. I worry that my daughter is too much like me, and girls like us are really such a challenge to mother.