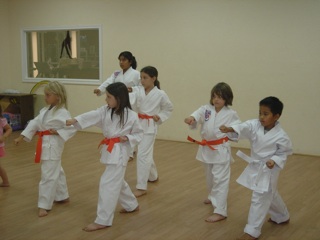 We all know how objectification works, some men see women as an object for their sexual pleasure.

But, what happens when girls and women begin to see themselves as an object for men’s sexual pleasure?

The Association for the American Psychological Association
(APA) calls this self-objectification and/or self-sexualization in the Report of the APA Task Force on the Sexualization of Girls.

There’s a host of evidence that when girls are exposed to too much media that they begin to view themselves less as three dimensional human beings and more as sexual objects. When this occurs, psychologists note the increase of:

One interesting study noted that teenage girls from Figi had great body image and self esteem – until they were exposed to Western television. Once exposed, they became preoccupied with weight and body shape, purging behavior (throwing up) and body disparagement. Prior to television the Figian culture emphasized a robust body shape and based notions of identity not on body, but on family, community and relationships. The transition between healthy self-image to the increase of eating disorders was only 3 years.

Self-objectification is also directly linked to “diminished sexual health” among adolescent girls. One study found that when girls viewed their own bodies as objects for male pleasure condom use and sexual assertiveness, (saying “no”) decreased.

Another study found that “undergraduate women who frequently watched music videos or read women’s magazines, who attribute greater realism to media content, or who identify strongly with popular TV characters were also more accepting of sexually objectifying notions of women.”

When I read the APA’s definition of self-objectification and self-sexualization it was like a mini-awakening for me.

That explains why, as a teen and young adult, I allowed boyfriends to treat me as their sexual object or plaything. It explains why I crossed many of my own sexual boundaries and didn’t want to object “for fear of being rude” on several occasions. It explains why I allowed boys and men to make inappropriate comments about my body and its development from even the earliest age – heck, I didn’t even know was “allowed to object.”

Do you worry about this with your daughter?

Read 10 Antidotes to Self-Objectification and Sexualization of Girls for ways to prevent your daughter from objectifying her own body.

Content on this blog is copyrighted to Tracee Sioux. Any unauthorized use of this blog or it’s content is expressly
prohibited. Please email Tracee Sioux at traceesioux@yahoo.com to obtain permission to print or reproduce these columns.http://rpc.technorati.com/rpc/ping.

CHECK OUT MY DAILY GIG @ www.blogfabulous.com