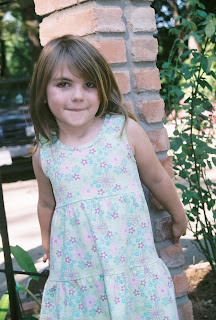 This website aims to be bi-partisan. In the sense that I’m interested in what the most empowering thing for girls is. I’m a Democrat, but the focus of the site is girl-empowering so I give myself permission to take conservative stances on issues that effect girls.

Misogynistic and violent/sexual television like glamorizing rape on Gossip Girl, would be a “conservative” stance I find myself taking. Free speech is one of the highest principles, but marketing “you’re an object, your a sex toy, you’re a whore, you can’t say no, rape is sexy” is only in the best interest of pornographers, not girls or the boys who date them. Given a choice between free speech of perverts and the protection of teenage girls – I choose girls as they make up half the population. Hopefully, (please God let it be true) pornographers and rapists do not make up half the population.

By the same token I hope that conservatives will look at health care. I hope they’ll see that health care is an issue that effects everyone in the country. Sometimes I think we need to let go of our rigid stances for just a little while to accomplish something bigger. Take health care and abortion. Both issues deeply effect girls. But abortion, really effects very few girls and conservatives have two new supreme court judges to hold their position. Maybe they could vote for health care instead? Health care effects every single citizen, girl and boy, woman and man.

There’s a political survey that tells you which candidate is most closely aligned with your views. When taking this Political Survey I challenge you to ask yourself:

* Does the political issue give a girl more choices?

* Does it open doors for her?

* Does it protect her?

* Can she thrive in an environment with this kind of policy or law?

* Does it inhibit her freedom to be whoever she wants?

A little introspection about this election is in order, I think. The survey provides a good chance to reevaluate the importance of political issues and helps you determine which issue really is the most important to you as a voter.