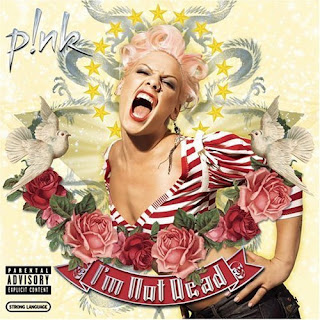 One of the most girl-empowering women in the culture right now, in my opinion, is Pink.

Author Disclaimer: Obviously, you must use good judgment about the age-appropriateness of buying your daughter a Pink album. There is profanity and mature subject matter in the lyrics. I do not allow my 5-year-old daughter to listen to my Pink cd. That said, I do think it would be a billion times better for my 14-year-old mentees to listen to than the rap/hip-hop lyrics they pollute their girl-brains with.

Two songs youve probably heard if you listen to the radio or watch VH1 music videos in the mornings are Stupid Girl and U and Ur Hand. Both are on her newest album, I’m Not Dead.

Stupid Girls is a fantastic song to make girls, and women, question their world view. I think the lyrics really bring our power and how we are seeking it into focus. My favorite line is, What happened to the dream of a girl president? Shes dancing in the video next to 50 Cent?

It succinctly puts into perspective all the battles feminists fought for, only to see young women stripping down to their g-string on BET while men objectify them and throw cash at their crotches.

Where is the power in that? There is no power in being an object.

Stupid Girls also calls into question how much actual power is in spending or having money. It brings into focus the fact that we are selling our feminine souls when we judge ourselves by what clothes we wear or how extremely thin we can be. Which is what girls envy when they watch E and see all the fabulous trendy fashions celebrities can buy.

U and Ur Hand is the single getting lots of air time right now. The title, to be sure is, whats the word Im looking for, tacky, crass,crude, misspelled? The message, however, is one of my favorites.

Its been a while since Ive been clubbing. Mostly because I live in a place without clubs. At least clubs with music I want to dance to. However, even in the 90s, when I was single and went clubbing frequently I went to gay clubs. Why? Because I went clubbing to have fun and dance and hang out with my friends. I did not go there to be mauled and fondled or molested by A%$&*@s who thought I was there for their entertainment. Gay clubs had better music and the men werent interested in me, which was extremely liberating.

This song brings me back to that period in my life and I remember trying to tell some jerk that was accosting me that I just wanted to dance and hang out and could he just go away and leave me alone? He became increasingly hostile and eventually I had to go get the bouncer.

Some of my favorite lyrics in this song include:

Im not here for your entertainment.
I was fine before you walked into my life.
We didnt get all dressed up for you to see.

What worries me about girls today is that many of them believe they ARE here for the entertainment of men and boys. They do not feel “fine” without a man in their lives and they do get dressed up just for men to see.

We, as mothers and as older women, need to make it clear to girls that they are whole and complete within themselves. Girls are people, with feelings and dreams and ideas, not just entertainment for men.