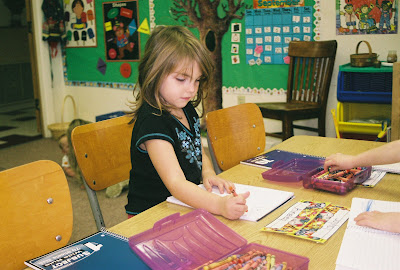 I am math retarded, I heard myself say in the car with my three-year-old daughter and my husband.

We were quarreling about my refusal to participate in our family finances.

When kids are born they don’t really understand so you can get away with shouting the F word or hissing a satisfying little damn it. It’s not till they start talking that you clean up the toilet talk.

Same thing with putting myself down about my appearance and my ability to do math. I read this little book called Growing a Girl: Seven Strategies for Raising a Strong, Spirited Daughter

That’s a big consequence for a seemingly minor comment about my loathing of math.

I realized I had always felt shut out of math myself. I realized the entire time I had to take math in school it was taught to me by men to whom math came easily. These men didn’t feel much like waiting around for me to catch up. And when I would ask question like, Why should I know algebra? How is this ever going to be applicable to me? They would site my need to convert a recipe. Since I had already resolved not to spend my life cooking and cleaning I felt math was something I could do without. Not once did I challenge myself numbers- or science-wise. In fact in college I made the argument that I should not be required to attend math classes as they only confused me further. I hired a tutor to help me pass College Algebra 101. I took a 6 week crash course for Algebra 105 and baked the teacher cookies for my C-.

I was single and managed my own finances relatively well for 10 years, but the second I got married I felt relieved of the responsibility of financial matters. Why shouldn’t he do it?

Finally, I could just go back to hating math and all things related to it.

Unfortunately he didn’t care for math as a subject either. We had too much in common. Surely it would have been better had one of us been a numbers-lover.

For my daughter, more than my husband, I decided to stop loudly declaring that I was math retarded. Turns out that though math doesn’t come as easily to me as it might to some, I can get pretty passionate about it. By reading Dave Ramsey’s book Financial Peace Revisited

I realized how math really applies to me. Reading Suze Orman’s Women & Money: Owning the Power to Control Your Destiny

showed me how to value and protect my own financial interests, and The Millionaire Next Door

gave me insight into how other people have so much more stuff than I do, even though we have similar incomes.

How do I define myself now? I am extremely competent in areas of math. Which means my daughter will be too.

Did anyone see that crazy woman on Oprah who sabotaged her whole family by having the appetite of a billionaire rock star when her income was upper-middle class? Now that woman is math retarded.