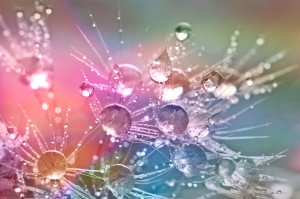 Not many of us are meant to live in a 6’ x 6’ box. No matter how much I wanted to make my wasband happy and submit to the stability of a job, I knew that wasn’t what my Soul had in store for me. I could feel deep within me the calling to write. I was built to be a writer. It was pressed deep into the core of my being. I had tried to deny it before, and it literally almost killed me.

The worst periods of my life were the times when I wasn’t writing. I live by the Word. I was meant to make my living by the Word. And that was a little scary, because not many people can or do. I would run into people all of the time who would tell me that they were writers. They would write blogs or start Tumblr accounts or post on LuLu and that was as far as they would go. They wouldn’t put in the man hours to become a real writer. They wouldn’t take the junk piecework and copy jobs that it takes to learn how to take their raw talent and develop it into a finely honed skill.

For my Soul’s sake, I had to leave the cubes, and the dingy beige walls, and the aluminum desks. It was one of the best things I’ve ever done for myself. I might have had more stability and security with a corporate job, but I also never would have found my power, basked in joy, and learned how to receive true abundance into my life.  Are you ready to move beyond your fake walls? tracee@traceesioux.com

Birth Your Beauty Into The World
Scroll to top