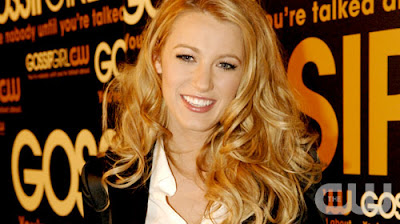 I tuned into Gossip Girl to see what it was about.

The new definition of glamorous includes editing of a rape scene and an act of consensual (yet inappropriate drunken sex) with the intent to blur the distinction. The viewer was asked to be not only confused, but aroused, by the violent attack of a girl, as the producer took slices of the rape scene and slices of the consensual sex and flashed them back and forth rapidly with a strobe effect. Flash of hand on bare leg, leaving the viewer to wonder is it a rapists hand or a lover’s hand? It’s presented in such a way as to make rape seem provocative. Does she really mean No or does she mean Yes, after all she’s obviously not a virgin.

The rapist in the scene is a high school boy who suffers no consequences and is not confused about his actions. He knows he will get away with it, considers it a fun and exciting game and proceeds to seek out and attempt to rape a freshman. Is that a freshman? I like freshmen, they’re so “fresh,” goes the dialogue. The portrayal of her rape is that she obviously deserves such treatment because she’s foolish enough to go to a party with the cool kids and wear a pretty dress, shouldn’t she know better? The only way she gets out of the situation is by emergency texting her brother who saves the day.

How do all the other high school girls react? Isn’t this great gossip?

Is this the new standard of normal? I kept hoping I was confused, but really there was nothing mysterious about the message:

“Rape of high school girls is HOT! Even for other girls and the rape-victim herself.”

The “new” CWTV has gone from innocent sweet Gilmore Girls into depraved child pornography genre in one season. If this is accepted as the new normal by the consumer there are wide-range consequences for the sexualization of girls. Dating violence is a real problem, in that 1 in 5 girls are victims of it, and I believe producers of this show are intentionally perpetuating the problem because it’s getting them off.

Are we asked to believe that this is a reflection of reality? And if this is reality why are they asking us to be aroused by it instead of outraged and disgusted by it?

Rape is rape and it’s never fun for it’s victim. It’s never funny and no one should be confused by the glamorous presentation of it on Gossip Girl.

Ainsley, Perfect YouWhat Would Jesus Do?
Scroll to top