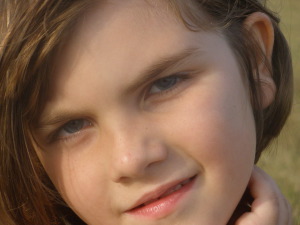 Last month I had the opportunity to participate in a group podcast with several different women about the American Civil Liberties Union’s lawsuit against a Kentucky School Board for gender-segregating an algebra class in a public junior high. This is actually legal in Kentucky and quite a number of states, – as long as there is also a co-ed class available to students. The student then chooses between the two.

The girls’ class the student enrolled in did so much better than the boys’ algebra class that they stopped teaching the girls math to maintain the separate but equal standard and allowed the boys catch up.

Listen to that podcast.

I had a few more questions for Emily J. Martin, the ACLU Attorney suing the school district. She was kind enough to do an interview with me via phone.

What I didn’t quite understand – and I guess I still don’t – is why would the ACLU, and that female student, sue over the SUCCESS of a girls-only math class.

In my experience like that of many, many women I’ve spoken with, girls have been stuck in co-ed math classes that were anything but equal. I can’t tell you the number of women who tell me they were in college or full grown adults before they felt they were competent in math, due to the way co-ed classes were taught. See reflections on my own unpleasant experiences related to public education math in Math Retarded.

So my first question was, “Is it the ACLU’s premise was that boys and girls are currently getting an “equal education” in co-ed classrooms?”

“No,” Martin said. “But, we want to find out more about what’s behind schools’ desire to segregate genders. We disagree with the notion that single-sex education is what gets to you to excellence.”

“Were they using different teaching methods in the boy class and the girl class?”

We think the methods were different because of an article in a local newsletter when they first instituted talk about became interested in differentiated instruction movement. This movement recognizes that different students learn differently and the model was about how boys and girls need to be taught using different teaching methods. They talk about playing soft music in girls’ classes and how boys do really well abstract problems. How teachers can show the girls by using toilet paper rolls and boys like the hands on, but they don’t need it to learn, and how boys need to get out of their seats and have lots of games and high energy. Girls prefer to sit in seats quietly.”

While the ACLU can’t say yet exactly what the teaching methods were being used in this Kentucky junior high, they do know that the school hired a man named David Chadwell to head the South Carolina Board of Education’s Single Gender Initiative. They also believe that David Chadwell was trained through the Gurian Institute.

Some, including the ACLU, believe the Gurian Institute is promoting “basically sexist material from the ignorance of the 1950s as science,” Martin said.

Examples included in Gurian literature and publications in popular books like Boys and Girls Learn Differently, girls can play a game called musical chair math review but there needs to be an extra chair where girls can sit and relax or they might freak out. They need a place to be calm.

Conversely, boys learn best if they throw balls, get out of their seats and respond well to time limits, Martin explained.

Martin acknowledged that the school’s association with the Gurian Institute is the primary cause for suspicion.

Others, however, are investigating how to use the “hard science” the Gurian institute claims to have harnessed to increase workplace productivity using gender differences. You can watch Gurian himself speak at Google.

Are there other motives for same sex classrooms the ACLU might be more sympathetic too? There are real gender issues in schools like sexual harassment of girls, medicating boys, and wouldn’t experimenting with different teaching strategies provide useful information? There are very successful girls-only and boys-only schools, are there not? Is the ACLU trying to prohibit all same-gender public education, for all motives, as a solution to real gender problems? I asked.

The ACLU is very, very skeptical of single sex education in public schools. We are sympathetic to the problems experienced by both genders including low income African American boys and detention-to-prison rates. But we don’t think excluding a gender, even if is increasing girls’ achievement, is the best solution. We want to make sure schools are held responsible to maintaining a gender equitable environment and we don’t think same sex education is where the education efforts are appropriately spent. The ACLU believes co-education is better policy and is the better educational strategy.

I really do think it’s important for girls and boys to learn together in school. An important part of success in the work world is to know how to collaborate with members of the opposite sex. Even good intentions open the door to a host of problems. Gender-segregation invites students to over-inflate the importance of gender in their identity and who they are as a student, it creates stereotypes about the opposite sex. It’s important to have the real world interaction with the opposite gender, to know them as friends and colleagues and it’s very difficult to ensure there is equality and opportunity in one program and not the other.

Martin mentioned that another concern the ACLU has with same-gender education is that the United States isn’t monitoring the programs or even keeping track of what works, what doesn’t, what the actual scores or success rates are, who is participating and what the real effect is.

There is an informal tally of participating public schools at the National Association for Single-Sex Education that includes about 500 schools with more being added every year.

What’s YOUR take on this?