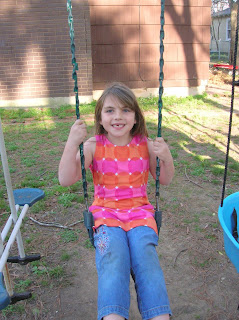 The only resolution (that I’ve come up with) for girl-fighting is to teach them Ho’oponopono, the theory that anything can be resolved by practicing I’m sorry, I forgive you, I love you.

Well, if you’ve got one – then you know how they are together. Complicated and hyper-sensitive.

I think someone hit the fast-forward button on their development and now the mean-girl behavior starts even earlier and escalates faster than before.

I hate to glamorize the ’70s and ’80s but running wild in the neighborhood totally rocked and was the epitome of childhood bliss.

Our previous neighborhood was quite simply depressing – the only reason I knew other children lived there was because the school bus stopped in front of other houses. Otherwise I didn’t see a child in the 3 years we lived on that block.

When we moved to a new neighborhood I prayed we’d go to one where the children still play outside with each other and that Ainsley would have lots of friends her age to to play with.

Be careful what you wish for – she got 4 or 5 girls about her age and one has sisters a few years older. Which seemed fabulous until the girl-fighting began. This took about a week.

Mom, Olivia isn’t allowed to play with Makinzie because she called her a fat B!

I’m thinking, What happened to dummy or big stupid head?

It’s simple to identify mean-girl behavior. It’s quite another thing to resolve it and prevent it from happening again and again.

Without being critical of the other parents, after both mothers sought me out and I listened to their crazy stories in which the mothers and fathers resorted to mean-girl behavior themselves. Both took “your not allowed to play with her anymore” stances and at one point the fathers even nearly came to blows. Their crucial mistake was believing their own daughters were more innocent than the other girl.

Are you kidding me?

Girls are, like I said, complicated and hyper-sensitive. And the worst thing you can do, I’ve recently discovered, is try to figure out who is right and who is wrong in a girl-fight.

I’ve declared my own house neutral territory where all the girls can play. After listening to their stories for a few weeks and trying different methods I think I’ve hit on a pretty good reaction to girl-fighting in Ho’oponopono.

Assume everyone is wrong. Assume they all played a part in getting to the argument. This way, no one “gets away” with anything. Believe that the self-righteous smirk is as painful as the verbal slander. Believe your own daughter has a capacity for mean girl behavior. It’s really not all the other girls.

Make them both/all repeat these words every time they argue or hurt each other’s feelings:

Now go play. And try to get along for 15 whole minutes this time.