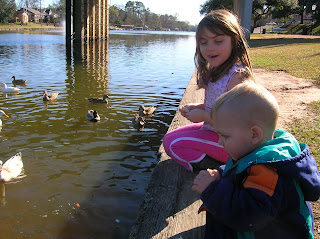 There is a fascinating piece in the New York Times Magazine, Teaching Boys and Girls Separately by Elizabeth Weil, about separating genders in a public school and how that’s working well for a few schools.

From the article: In the first year of Foleys single-sex program, a third of the kids enrolled. The next year, two-thirds signed up, and in its third year 87 percent of parents requested the program. Principal Mansell reports that her single-sex classes produce fewer discipline problems, more parental support and better scores in writing, reading and math. She does, however, acknowledge that her data are compromised, as her highest-performing teachers and her most-motivated students have chosen single-sex.

David Chadwell, the coordinator of Single- Gender Initiatives at the South Carolina Department of Education states in the article, You need to engage boys energy, use it, rather than trying to say, No, no, no. So instead of having boys raise their hands, youre going to have boys literally stand up. Youre going to do physical representation of number lines. Relay races. Ball tosses during discussion.

For the girls, Chadwell prescribes a focus on the connections girls have (a) with the content, (b) with each other and (c) with the teacher. If you try to stop girls from talking to one another, thats not successful. So you do a lot of meeting in circles, where every girl can share something from her own life that relates to the content in class.

Leonard Sax, a family physician turned proponent of single-sex education offers up the two extremes for each gender: He opens Why Gender Matters, a book he wrote on the subject, with two cautionary tales: one about a boy who starts kindergarten at age 5, is given a diagnosis of A.D.H.D. and depression and ends up on a three-drug cocktail of Adderall, Wellbutrin and clonidine; the other about a girl who transforms from chubby wallflower to outgoing socialite in middle school, seems to have it all  friends, academic success  and then shocks her parents by overdosing on Vicodin and Xanax.

After presenting the Adderall-doped grammar-school boy and the suicidal middle-school girl, Sax offers a possible cause of these sad stories. The neglect of gender in education and child-rearing has done real harm. These tragedies might have been averted if the parents had known enough about gender differences to recognize what was really happening in their childs life.

Of course the opponents of gender-segregation say Sax is cherry-picking gender studies that date back to the 1960s.

The article goes on to say that gender segregation is in response to the failure of No Child Left Behind, Despite six years of No Child Left Behind, the achievement gaps between rich and poor students and white and black students have not significantly narrowed. People are getting desperate is how Benjamin Wright, chief administrative officer for the Nashville public schools, described the current interest in single-sex education to me. Coeds not working. Time to try something else.

The Young Womens Leadership School in Harlem is widely considered the birthplace of the current single-sex public school movement. This position of eminence stems from both its early beginnings and its success: since opening in 1996, every girl in every senior class at T.Y.W.L.S. has graduated and been accepted at a four-year college.

As the Supreme Court would rule in June 1996, just three months before T.Y.W.L.S. opened, the legality of single-sex schools depends on context,

The article goes on to talk about the sexualization of girls in public schools and the fact that dating culture has been replaced by hook up culture. Nearly everyone at T.Y.W.L.S. acknowledges that often parents most pressing concern when enrolling their 11-year-old daughters is sheltering those girls from sexualized classrooms and sexualized streets.

Boys at boys schools like Old Farms in Connecticut, or Saint Albans in Washington, D. C., will call up girls at Miss Porters in Connecticut, at Stone Ridge in Maryland, and they will ask the girl out, and the boy will drive to the girls house to pick her up and meet her parents. You tell kids at a coed school to do this, and theyll fall on the floor laughing. But the culture of dating is much healthier than the culture of the hookup, in which the primary form of sexual intimacy is a girl on her knees servicing a boy, Sax is quoted as saying in the article.

I think it’s a fascinating subject. I’m undecided. Like the Supreme Court, I think it’s a matter of context. I can see where there is potential for benefit for both genders, but I want to avoid any type of discrimination.

Anyone have a concrete opinion about the issue? Anyone ever go to an all-girls’ school or have a single-gender classroom and want to share their experiences?