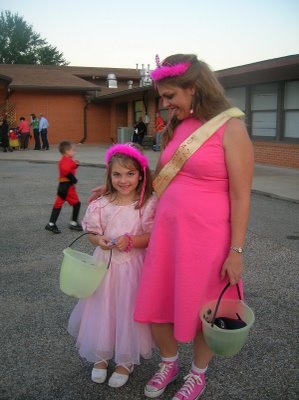 I was thinking about what I hate about the Princess Culture. It’s the same reason I hate The Bachelor, Rock of Love and Flavor of Love – all Princess Culture derivatives.

All the princesses wait to be CHOSEN. They never do the choosing. That’s a passive position to take when considering who to marry.

Instead of conditioning girls to pick the person that’s best for them, the paradigm encourages girls to wait to be chosen. Will he like me or the step-sisters? Will he choose me if the slipper fits?

That’s a self-defeating way to teach girls how to pick a spouse.

No wonder there’s a one in two divorce rate. Half the women realized they got picked by a wrong or incompatible prince.

The Princesses are willing to spend the rest of their lives someone they don’t even know.

Try as I might I have verbally, and by way of example and distraction, done my best to steer Ainsley away from Princess Culture. I tell her to pick another movie or book. I tell her what’s wrong with the Princesses choices and assumptions about her capability to save herself. I expose her to better and more powerful characters in literature, movies and television.

I stop short of completely forbidding all Princess Pretend Play because I don’t want to make it more attractive – as the forbidden often is. I want her to be able to talk to me about anything and obviously if I can’t take a little Cinderella chat then sex will be out-of-the-question later. I want to keep the dialogue open.

Still, for all my talk, I send a Princess in the Pea to school on Favorite Character Day and she comes home Sleeping Beauty. For Halloween we dress up to be caricatures of 1980s beauty queens and she declares herself Cinderella.

Very different idea of who girls and women are. I hear the argument that mothers are the biggest influence in their daughters lives – I make the argument all the time – but all evidence suggests there is no amount of magic on earth that’s going to negate Disney’s GIRL CRACK message that girls should be a b-l-e-e-p-i-ng Princess.

Cinderella Should Have Saved Her Self