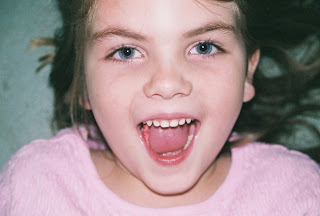 I always thought I’d have four children growing up. But, then I had one and realized how incredibly hard it was and changed my ideal to two.

When I had Ainsley I thought I’d save my sir name Sioux for the second girl. For some reason I can’t recall now I thought it would be odd to give both girls my name. I gave her my mother and great-grandmother’s name Sarah as a middle name.

Now, with one boy and one girl and no other girls coming – well, I regret that Ainsley doesn’t have my name.

Lately I’ve been wondering if the naming traditions should shift to passing down names from mother to daughter and father to son. Would that work?

I’ve been considering changing it, but she’s six-years-old so it’s not a thing I would do without her wanting it too.

Ainsley, I’ve been thinking about changing your name.

Okay I want to be Caroline.

Caroline and you can call me Cara.

I meant adding my last name, Sioux, to your name.

Okay, I want to be Caroline Sioux.

What about daddy’s name? His feelings will be hurt if you don’t keep that. Don’t you like the name Ainsley?

Just call me Caroline from now on.

Okay, that’s not exactly where I intended for this conversation to go.