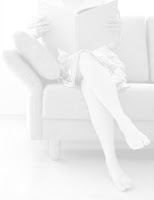 I started a book club two months ago. A lovely woman showed up and suggested we call it Between the Covers. It implies something just a little naughty – I dig it.

I have always wanted a group of women that I hang out with on a regular basis and I’m a huge reader. I kept wishing this into my life. But, you know, I live in a small town and I never got an invitation.

I want it to be some place where an eclectic group of women meet and share something of themselves and let’s face it – get out of the house without their kids or significant others.

The interesting thing has been the rejections. Yes, I’ve asked women that I’ve seen around town to come and they’ve not even considered the idea. Not even for two seconds. But, the rejection hasn’t been about me (no I don’t like you enough to hang out once a month).

It’s been about the lack of time and money available to spend on themselves. Let’s face it, to be in a book club you have to buy the book. I buy all books used at Amazon or at a garage sale or after a trade with a used book store because we’re on the Dave Ramsey zero-based budget plan and it must come out of my blow money. So, we aren’t reading new releases at my book club. But you still have to be willing to spend a couple of bucks on yourself. Then, you have to actually make the time for yourself to read the book. Yes, take the book into the bathtub or to bed with you and stay awake long enough to read a couple of pages. You have to say, hey, I deserve some time to be off in my own head and read for a little while. And then you have to find a babysitter or make sure your spousage (stole that term off another blog – be flattered) understands that he must be home in time to watch the kids so you can actually GO to the book club for an hour-and-a-half. Knowing that childcare would be a problem I even arranged the book club to be on a day where babysitting is available at the local indoor playground, but then you have to decide that me-time is worth the $3 an hour it costs to leave the kids there. For some, that’s a problem cause it’s just not in the zero-based budget, especially if you’re dropping off three or four kids.

Anywho. The point is that some women I’ve talked to have just said, no way can I afford myself all of that time and energy. Maybe they have other ways to take time for themselves and I truly hope that is so. But, it worries me to think that they have reserved nothing for themselves because if that’s the case I think the messages they are sending to the entire family are negative.

The message is: Women don’t deserve time or money to spend on themselves. Daughters grow up being the same relentless super-women their own mothers are and emulate the behavior of never taking time to relax and enjoy their own interests. Sons grow up and expect their wives to sacrifice every second for the family.

Robin McGraw actually wrote a whole book, Inside My Heart, about women needing to take time for themselves. Now, I haven’t read it because I haven’t yet found it at a garage sale and it would be a little too naughty of me to spend $24.99 on a book. But, the gist according to the one-hour advertisement on Dr. Phil when she released the book was, women are driving themselves to the ground by never taking time for themselves and perhaps it’s best to be a little naughty and take the time to explore personal interests before you drive yourself into an early grave with all this self-sacrifice.

The Voice in My HeadI Suck
Scroll to top