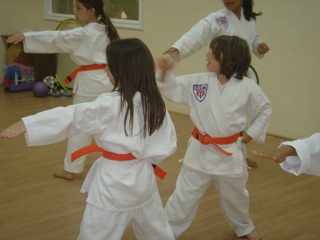 Self Objectification occurs when girls believe the media and cultural messages that tells her she exists for male sexual entertainment. Sexualization of Girls is what the media and cultural messages designed to make her believe that her purpose is to be consumed and that her value is relational to men finding her sexually appealing. Self Objectification and Sexualization of Girls leads to low self esteem, poor body image, eating disorders, drug and alcohol abuse, depression and anxiety, and risky sexual behavior. Luckily, the media isn’t the most influential person in your daughter’s life – YOU ARE.
10 Antidotes to Self-Objectification and Sexualization of Girls
* Media Literacy – talk to girls about the images they see. Point it out when there is obvious digital retouching like in Keira Knightly Stands Up for Her Girls and Yours. Watch Dove’s Onslaught campaign and discuss it with her. If it’s age-appropriate take her to the Natural Breast Gallery and talk about how different the images of women in media are than the bodies of real women. Tell her about Photoshop and the magic of digital imaging and discuss the motives of the media to sell products by misrepresenting women’s bodies.
* Athletics – A focus on the body that is nonsexual, athletics focuses on competency, ability and action and not relational to boys or men is invaluable to girls. As participation in sports increases, participation in risky sexual-activity decreases. Taekwondo and soccer are good choices. The American Psychological Association Report on Sexualization of Girls sites cheerleading and dance as less empowering types of athletics due to the focus on appearance, sexiness, and thinness.
* Extracurricular Activities – Girl Scouts, band, after-school programs like Girls Inc., drama club, church groups, computer or video gaming clubs give girls an alternative to activities that focus on their appearance.
* Comprehensive Sexuality Education – “A central way to help youth counteract distorted views presented by the media and culture about girls, sex and the sexualization of girls is comprehensive sex education. Programs must include accurate information about reproduction and contraception, the importance of delaying intercourse initiation for young people, and the building of communication skills, and promotes a notion of sexual responsibility that includes respect for oneself and an emphasis on consensual, non-exploitative sexual activity,” sites The American Psychological Association Report on Sexualization of Girls. In other words, if the media and boys she dates are the only ones in her life talking about sex, what messages do you think she’s getting about sex. Are those messages you’re okay with?
* Co-Viewing Media with Parents – Parental comment on media children are exposed to is key to altering the influence of the messages. Watch TV with girls and comment on the messages. Contradict stereo-typical behavior when you see it, share your insights on advertising and media. Co-viewing also reduces the amount of inappropriate material children see. The same goes for Internet browsing.
* Religion, Spirituality and Meditation – organized religious and other ethical instruction actively combat the values conveyed by popular culture. When parents teach girls they are “more than their bodies” girls benefit. Talk to your kids about your idea of her whole self, and that “who they are” makes them valuable outside of their sexuality or gender roles. Insisting that girls remain girls and not be pushed into a precocious sexuality is something many churches do. Encourage meditation, yoga, tai chi, and prayer to teach girls to get in touch with their bodies and themselves as spiritual beings.
* Activism by Parents and Families – encourage girls to become their own activists by being one yourself. Join Campaign for a Commercial-Free Childhood to fight sexualization and objectifying messages in marketing. Get involved in The Geena Davis Institute on Gender in Media. Take your daughter to a Dove BodyTalk, Campaign for Real Beauty Self Esteem Workshop. Sign your daughter up for the Girl Scouts Uniquely Me program.
* Create Girl-Positive Media – Get your daughter involved in writing or producing her own media – a website or blog is simple enough. My daughter Ainsley writes A Rocks, a private blog about her life.  Stone Soup is a literary magazine written by children. Write your daughter a book, see an example here. Throw out the Disney Princess books and videos and get some empowering alternatives like Princess Bubble. Monitor and encourage their efforts.
* Confront Your Body Issues – Passing down negative feelings is what I term, Mother-Daughter Emotional Osmosis. You may think you’re shielding your daughter from your negative self-talk – but she’s smarter than that. If you, the mother, have a history of self-objectification or poor body image confront it and deal with it before you pass it down.  Refuse to self-deprecate or equate your own value to how thin you are or how you look. Fathers and other male figures, of course, should never refer to women as objects for male entertainment.
* Be The Empowered Woman – If you find yourself buying into gender-stereotypes in your own life, being too passive, not saying “no”, holding yourself to an impossible standard of perfection, running yourself ragged to be everything to everyone – Stop It. She will emulate you. A mother who radiates self-love and self-acceptance vaccinates her daughter against a low self-esteem, said Naomi Wolf.
Compiled from the APA Report on Sexualization of Girls and articles originally published on The Girl Revolution.
https://traceesioux.com/wp-content/uploads/2016/02/SignatureTraceeSiouxLolo-300x65.png 0 0 Tracee https://traceesioux.com/wp-content/uploads/2016/02/SignatureTraceeSiouxLolo-300x65.png Tracee2008-08-14 12:00:002008-08-14 12:00:0010 Antidotes to Self-Objectification & Sexualization of Girls
0 replies

Empowering Girls: HappyWhat Do YOU Want?
Scroll to top