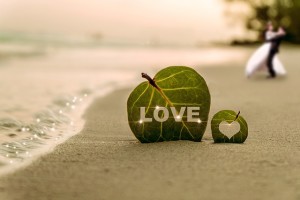 When you were in school do you remember when you’d rejoice over a test score or landing the lead in the school play and you’d feel so good about yourself, until some underachieving, insecure brat would look you in the eye and say, you’re so conceited, you think you’re all that, but you’re not.

Ouch. You deflated like a flat tire and learned your lesson really, really well, if you want to be accepted then you better stay average and keep your good fortune to yourself.

So sad, but this is a real part of girl culture.

It’s a real part of women’s adult culture too. Whether it’s a remnant of junior high vulnerability or some holdout from tribal days when everyone needed to make the same choices to ensure tribe survival, I don’t know. But, it’s real. And it’s stopping many of us from living up to our Soul’s Purpose.

In Barbara Stanny’s 7 Secrets of Six-Figure Women, she sites that under-earning women are still living by the rule that they must stay average to be socially accepted. However, high-earning women have chosen to break the rule and pay the social consequences in favor of their greater purpose and success.

In The Feminine Mistake by Leslie Bennett, she too discovered that women who dare declare their value pay a stiff social price.

Reaching for success can be social suicide among other women.

Which is a crisis of sorts. If women—healers, helpers, light bringers, prophetesses and power women—aren’t allowed to step into the light and declare what they can and should be doing to live their Soul’s Purpose then the Earth spins without the Saviors bold enough to step forward.

It’s easy to be “supportive” to a friend whose life is sucking. She’s getting a divorce, dying of cancer, lost her average job, has a struggling special needs kid, or she’s a single struggling mom. Under the Female Code her friends will gather around her with sympathy, compassion and baked goods.

But women who dare step into the light and do something big, attempt greater than average success, declare their value in marketing, or who has the audacity to speak as an authority on something does so only by gathering every bit of guts and courage she has knowing that she might pay a stiff social price. There will be those woman who will talk behind her back about how awesome she thinks she is even though she’s not all that, they’ll ice her out and claim it’s her own fault for thinking she’s so special.

They say that you’ll know who your true friends are when the shit hits the fan.

The deeper truth might be that you’ll know who your true friends are when you get the up the nerve to reach for success and declare your own value.

Here’s a hint when looking for your true friends: they are not the gaggle of jealous ladies whispering, she’s so conceited, who does she think she is?

If you’re looking for a tribe who will celebrate your wins and push you toward success then join Maxcelerators.

Protected: The Summer of WHY

What is a Soul?
Scroll to top