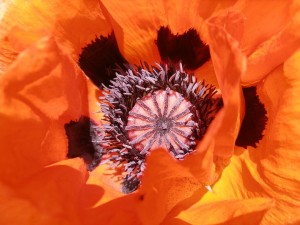 During my Year of YES! I came up against a wall. I hit it pretty hard too… there might still be some brick dust laying around somewhere. I had been meditating in my favorite orange chair on abundance, worthiness, and the vulnerability to receive when I realized that I was a striver. I had let my whole identity get wrapped up in the idea of of me constantly having something to overcome.

I liked being the badass ass-kicker of crappy situations. I liked being the one who overcame against ridiculous odds. I liked that I was admired and respected by people for having worked so hard to get to where I was. And isn’t that what’s considered fair in our culture? You have to work really, really, really hard to get anywhere. You have to work your ass off to be allowed to be successful. You have to pull yourself up by the bootstraps, put your nose to the grindstone, and sacrifice everything in order to get to a place where you’re finally allowed to have financial reprieve.

And then I had a really interesting thought… What if it was boring to be successful? What would I do if I wasn’t having to work so hard? What would people think about me if I wasn’t having to work my little tush off to chase down every client, remake the wheel with every workshop, and push myself until my adrenals were in complete overload before I finally had permission to take a break?

Making money and living abundance aren’t boring. They’re more freaking exciting than I know what to do with. The boring part was letting myself live small. tracee@traceesioux.com

Failing Your Way to Amazing!!