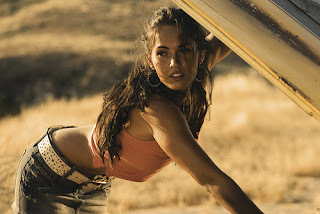 I am sick to death of inappropriate commercials popping up during family or kids programing.

Here’s the thing – We’re a captive audience during commercials. I shouldn’t have to spend so much time hollering “Ainsley close your eyes!” while watching television.

The FCC is a literal joke. They will take zero action ever. Well, they’ll fine Janet Jackson for someone else ripping off her top on national television – but that’s it.

In a letter responding to my complaint of a commercial of violence of a sexual nature so disgusting it turned my stomach the FCC responded that “each network was responsible for the content of their own commercials.”

Essentially the government agency we’ve assigned to make sure nothing lewd gets shot across the airwaves to pollute my or my children’s brain has decided the entertainment industry is allowed to show whatever they like during commercials.

Who made that stupid rule?

That’s got to change. Which brings us to a group, Campaign for a Commercial-Free Childhood, which is trying to take action with the film industry which seems to violate age-appropriate whenever possible.

From the press release: Led by CCFC, a coalition of twenty-one advocacy groups is demanding that the Motion Picture Association of America (MPAA) comply with the Federal Trade Commission’s recent recommendation for explicit restrictions on the marketing of PG-13 films to young children.

In a letter sent last week to MPAA CEO Dan Glickman, CCFC urged the MPAA to develop a policy that would restrict the advertising of PG-13 films on children’s television; prohibit restaurant toy giveaways or other food promotions aimed at young children for PG-13 movies; and insure that any toys released in conjunction with a film carry an age recommendation consistent with the film’s rating.

This past summer, CCFC filed a complaint with the Federal Trade Commission that Transformers – rated PG-13 for “intense sequences of sci-fi action violence, brief sexual humor, and language – was being marketed extensively to preschool children through television advertising, food promotions and licensed toys. Last week, the FTC acted on CCFC’s complaint by urging the MPAA to adopt guidelines for the marketing of PG-13 movies.

Transformers is just one of a string of violent, PG-13 movies marketed to preschoolers, said CCFCs co-founder and director, Dr. Susan Linn. For too long, the film industry has undermined its own rating system by bypassing parents to target young children directly with marketing for films that the industry itself has determined warrant parental caution.

Transformers is just one of a string of violent, PG-13 movies marketed to preschoolers, said CCFCs co-founder and director, Dr. Susan Linn. For too long, the film industry has undermined its own rating system by bypassing parents to target young children directly with marketing for films that the industry itself has determined warrant parental caution.

It’s enough already. The CCFC does not accept corporate funding, but relies on donations if you’re looking for a worthy cuase.

For more on my experience with the FCC read Misogynistic Violence for Breakfast.