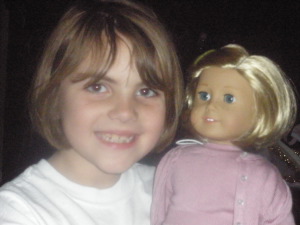 It might just be an absurd amount of money to spend on a doll.

But, its like when my husband was researching our next phone plan and he kept trying to tell my father-in-law and I about other phones and all the “even better” deals and features.

But we want IPhones. We said.

It would be just like the time when we got a new computer that we could afford and it was a small PC. I hated it every time I used it. It was frustrating and annoying.

Yet, my used Macbook Pro makes my heart sing every single time I touch its keys. 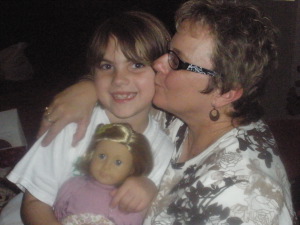 The American Girl Doll is like that. It makes her happy every time she looks at it, holds it and thinks about it. Are there cheaper dolls? Sure. Dolls that pee and some you can take in the tub? Yeah. Could we get a knock off that look exactly the same for 1/2 the price? You bet. But, it is not the same. It’s not. No, it’s really not. You can say it is. You can try to convince her and yourself that it is. But, it’s still not.

She got it early. So NaNa could be there to see her face when she opened it. Unfortunately, my mother lives in Utah.

It’s a big deal – they don’t indulge her like this every year.

If you pop out an early gift it’s a bigger deal than one which gets swamped under the avalanche of other gifts from everyone on Christmas Day.

Also, I didn’t want that American Girl upstaging us and Santa. 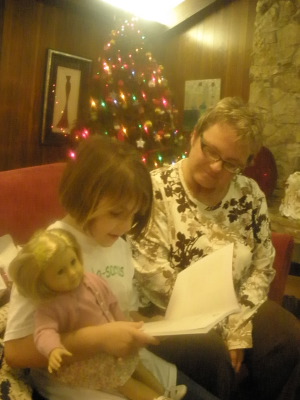 The moral of the story?

* Sometimes the brand matters. Even a used or reconditioned one of exactly what we want is better than another brand on certain items. Factor in resell value.

* Pool money between relatives for THE thing.

Oh, and if you’re sucking in anxiety this year sit down and count out all the other people who will be giving to your children. I count this as a frugal tip because it costs me nothing but mediation between two sets of grandparents.